Our everyday lives are filled with field forces. In this post, we’ll look at 10 real-life examples of field forces.

Planets moving around the sun:

Weight on Earth and Moon:

Another name of force of gravity can be weight. The weight of any object is just the magnitude of the force as gravity acts on that. How much any object weighs on earth is similar to how hard the earth is pulling it down.

When a skydiver jumps out of a plane has no contact but still, comes towards the earth because of gravity.

Even this force of gravity keeps the water in our glass. 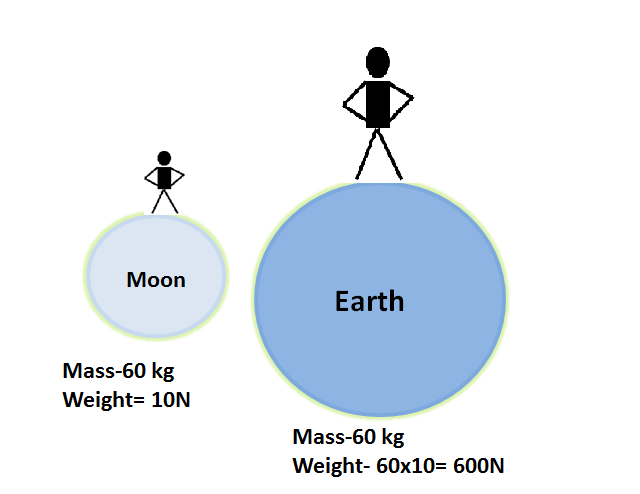 We know that the force of gravity is inversely proportionate to the square of the distance between 2-objects. So it means as the object goes away from another object, gravity will reduce.

As the person moving away from the earth’s centre, the effect of the gravitational field gradually reduce and in space, there is no force of gravity. Because of this, we found astronauts tend to float in space.

As we know, gravity tends to attract everything towards it. That is why we have to apply a large amount of force to overcome the earth’s gravitational force while propelling the rocket.

When we rub two surfaces due to friction force, electrons are transferred from one object to another.

When you comb your dry hair, electrons will transfer to the comb because of friction force, and it becomes negatively charged. The field is now developed around the comb, which exerts attraction or repulsion force depending on the charge of another object coming nearby. When you put it near bits of paper, they will immediately stick to the comb because static electricity is generated in the range of fields developed by the comb.

Wires which provide us electricity have a large number of electrons randomly moving in them. The flow of these electrons is created by applying electric force.

When temperature increases, the air becomes warm, and it rises. As this warm air rises, the water vapour becomes cool, which forms clouds. Due to this temperature difference, the cloud will be charged. The lighter and positive charge will form the top of the cloud, while heavier and negatively charged particles will form the bottom of the cloud.

When these charges grow large enough, then within the cloud between two charges, a giant spark or lightning occurs. This is how lightning also occurs due to the electric force field developed within the cloud.

Albert Einstein’s first interest in science was the mysterious non-contact force that he observed with magnets. Later this force was named a magnetic force.

Every magnet has two poles: the North(N) pole and the South(S) pole.

Each one has its own field around it, which can be shown by the imaginary lines called field lines. The direction of the field lines is North pole to South pole.

When we bring such two magnets closer to each other, they either attract or repel each other depending on the pole of the other magnet because field lines of both magnets interfere.

When the identical poles of the magnet are placed closer to each other, then they will repel. Whereas, in the case of opposite poles, they attract each other as there will be constructive interference between the field lines.

The hardware of a television has many electronics components which are linked with each other. When current passes through the circuitry of a television , components that are made up of conductors form fields around themselves because of the potential difference and flowing electric current through it. The field lines of each component will interfere with each other and create a noise signal. Thus, interference is also a field force.

The phenomenon like Southern or Northern lights occurs due to the earth’s magnetic field.

The work done by the force is calculated by the dot product of the force and the displacement of the object due to applied force.

Now, the force whose net-work is done in a roundabout motion that comes back to the place from where you have started is zero. Then these types of forces are known as conservative forces.

Work done by these force will not depend on the path taken by the object, rather depends on the initial and final position of that object.

Thus, we can say that electric force is a conservative field force.

Centripetal force is the net force that keeps an object moving along a circular path, Thus we can say that it is the cause of uniform circular motion.

How is it used in the medical/laboratory use?

In the medical field, for laboratory centrifuge, centripetal force is used to accelerate the precipitation of particles suspended in blood samples.

As we accelerate the blood sample (typically 600 to 2000 times acceleration normal to gravity can be achieved by the centrifuge), it prevents blood cells from settling with a whole blood sample.

Particles that are heavier in mass, here heavy red blood cells will be pulled towards the bottom of the tube and components present in the solution will settle into layers as per their densities.

So, one can now easily separate blood cells and other components.

Field force automation is the process of capturing field service information. Then this documented Information is immediately transferred through wireless connectivity like Wi-Fi, satellites and synchronized to the primary system, allowing access to real-time data on a mobile interface.

Using one can enhance the field force productivity and also can reduce time delay. The Information will be at your fingertips.

In public work or social services, Government agencies are complex and varied for the community they serve. But they all have one common thing, which is wherever they go, access to Information and sharing of Information.

By automating day to day field force operations through its integration and smart devices, it makes our life easier. For example, assume we are being given electricity from any XYZ organization. Furthermore, if any issue regarding it emerges, then we can undoubtedly reach them by utilizing their application and complain to them. Also, this way, you can get quicker resolution of your complaint and speedier maintenance using field force automation.

These days we buy things on the web. We can, without much of a stretch, know precisely when we get what we have purchased by tracking it.

Q. What is Force?

Ans. The force is an external agent due to which a body changes its state of rest or motion. Therefore, it means that force is the cause of change or, in technical words, motion in the body.

Q. What are the types of force?

Ans. There are two types of forces:

Ans. As the name suggests, this is the force that comes in action only when the objects are in direct contact with each other, then this type of force is called contact force.

Q. Give examples of contact force in daily life.

Can you shift the table without touching it?

Can you apply the force on the table without touching it?

And your answer will be No. To shift or to move the table requires contact with the muscles of your body.

While kicking a soccer ball, you are contacting the soccer ball with your leg and applying force. Thus, it is also a contact force.

When an object is at rest on any surface, then it exerts a force on the surface. This reaction force is at the right angle to the surface and is known as normal force.

A bag on a table exerts a force on a table perpendicular to the surface of the table and is a normal force. Therefore, if the normal force and gravitational force are balanced, the bag will rest on the table.

Q. What is the force field? Give Field Force examples.

Ans. A force that does not require any direct contact with another object, then this type of force is called non-contact force. The invisible field is always associated with these forces, noted as Field forces.

Q. What creates the field force?

Ans. Field force can make a restricted region where another body can feel the influence of force.

The field is the area of an object where another object feels the influence of force which is responsible for the field force.

Q. Give examples of field force in our daily life.

Ans. Comparison between contact force and field force is given below:

Q. Give examples of contact force and field force.

Ans. Examples of contact force and field force are given below:

Q. What are some examples of scalar fields?

Ans. Scalar fields are those whose every point of the field has a scalar value.

Q. What are some examples of unbalanced forces?

I am Alpa Rajai, Completed my Masters in science with specialization in Physics. I am very enthusiastic about Writing about my understanding towards Advanced science. I assure that my words and methods will help readers to understand their doubts and clear what they are looking for. Apart from Physics, I am a trained Kathak Dancer and also I write my feeling in the form of poetry sometimes. I keep on updating myself in Physics and whatever I understand I simplify the same and keep it straight to the point so that it deliver clearly to the readers. You can also reach me at : https://www.linkedin.com/in/alpa-rajai-858077202/